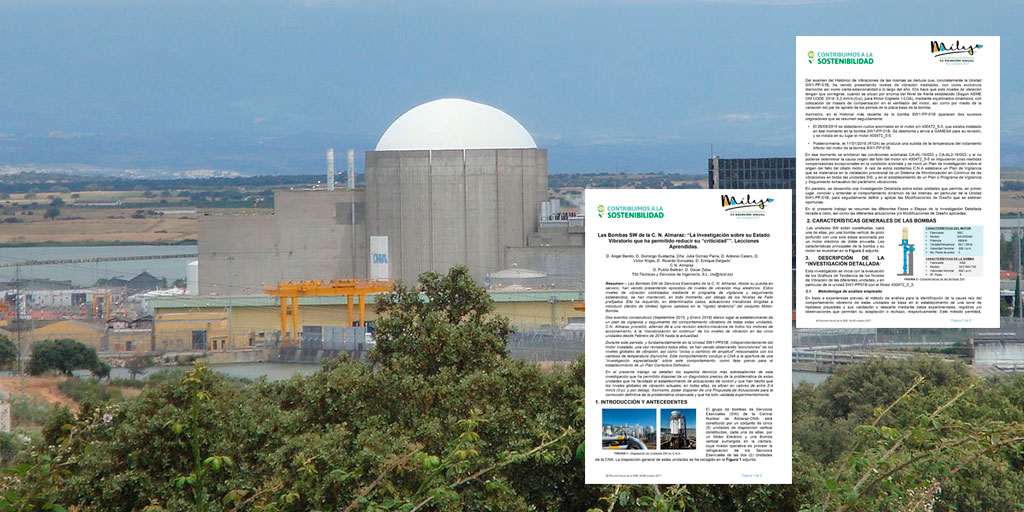 The SW Essential Services Pumps of the C. N. Almaraz, since their commissioning, have been presenting episodes of very random vibration levels. hese vibration levels, controlled by the established surveillance and monitoring program, have been kept, at all times, below the predetermined Failure Levels. This has required, in certain cases, mechanical actions aimed at introducing (within limits) slight changes in the “dynamic stiffness” of the Motor-Pump assembly. Two consecutive events (September 2015, and January 2016) led to the establishment of a surveillance and monitoring plan for the vibrational behavior of all these units. C.N. Almaraz proceeded, in addition to an electro-mechanical review of all the drive motors, to the “continuous monitoring” of the vibration levels in the five units from February 2016 to the present. During this period, and fundamentally in Unit SW1-PP01B, regardless of the motor installed, once all of them have been reviewed, “excursions” of global vibration levels have been observed, as well as “cycles or amplitude changes” related to the day / night temperature changes. This behavior led CNA to open a “specialized investigation” on this behavior, as a preliminary phase for the establishment of a Definitive Corrective Plan. In the present work, the most outstanding technical aspects of this research are detailed, which has allowed for a precise diagnosis of the problems of these units that has facilitated the establishment of control actions and that have made the current global vibration levels, in all of them are between 2-4 mm / s (0-p), and below. Likewise, to be able to have a Proposal of Actions for the definitive correction of the observed problem and that has been experimentally validated.