The FibreshiP Project is in the process of being completed 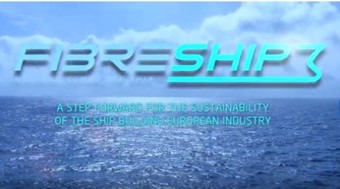 The Fibreship Project , funded by the European Commission (EC) through the H2020 R&D program, is in the process of being completed

From TSI -Técnicas y Servicios de Ingeniería S.L.- we are pleased to announce that the FIBRESHIP Project, financed by the #European Commission (CE) through the # H2020 R&D program, is in the process of being completed.

It has been a pride and honor that TSI, as a Spanish #PYME, has led such an exciting and innovative project as FIBRESHIP, with a budget of € 11M, which has meant a significant percentage return for Spain, and which has placed ships of great length in compounds as one of the possible future market niches for the World Maritime Sector.

The challenge has been very great for a SME Spanish leading, for the first time, a project of this nature. We have overcome it thanks to the tenacity and effort of our R&D Department, led by Alfonso Jurado Fuentes and his #team, as well as the excellent work of all the #SociosdelConsorcio, including the members who joined the Advisory Council.

Congratulations to all and thank you very much for your participation in the project. Much remains to be done in the field of fiber ships; but we are already prepared for a second project of this type.

Meet the latest video of the project